When Plagiarism was a crime 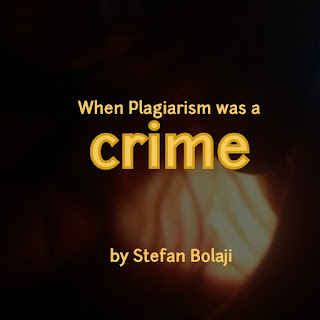 2008.
I was in JSS2. I had a crew I walked with, talked with and write short stories with.
Sulaimon, master mind and the head of all, Abass and Seun, the clowns & the troublemakers. We guys were cool together. But my perturb part, I liked keeping things to myself, I was a loner, I enjoyed it a lot. I rarely talk and this has no effect in me until it got me into trouble.

There was this day I wrote a story on a certain title, not knowing Sulaimon had written something on it. I hardly share my story with others cos' I detest being scrutinized (make fun of) which my guy(s) enjoyed most.

So, this day, Abass & Seun had to trouble me and needed to check my story book to see the progress. It was Seun that saw my newly written story and boom! He saw the title and had to drag it with the chorus of I am a plagiarist. I could not hear a word again. The guy started escalating the matter. I could not bear it, it was a shame and the most embarrassing moment for me. Imagine stealing a title. I had to apologize to the extent of changing the title but, it didn't end there. I almost ended up in Staff room, which was the most dreadful and worst punishment I could bear. I hate being pressurized, it raises my heartbeats.
This allegation denied me of having breakfast with my friends until it went down after few weeks.

Today:
Plagiarism has turn to normal thing. Imagine, it was a coincidence I used the same title my friend used and I later changed it just to be cleared from the bad notion.
The allegation; theft, results to (stealing) back then was the highest crime for teenager.
Nowadays, it has turned to norms. What a life!

People, this is my bitter story on plagiarism. 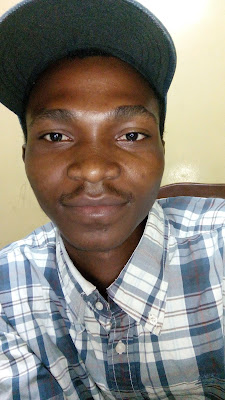 Today's summary looks a bit narrative and boring. If there's any error, I'm sorry and kindly help me take it with love. Thanks in advance.

I really appreciate for your checking up on the blog, I’m grateful. I hope all is well over there. This is the summary of my 2nd day.

I took the Secretary position, I play along. The chores I supposed to do, I do ‘em. But on my first day, there’s a matter ongoing that an IT student is needed at the ventures’ hotel. I might likely to be the person. Well. I’m still finding better place.

Also, this first day, during my SIWES program, the guy I partnered with came to do some things. He was questioned a lot about his internship, then persuaded to do it in printer. The fact that he hesitated, he still had no better option “on ground”. 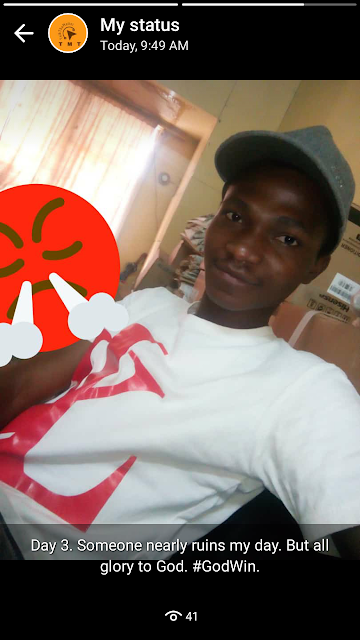